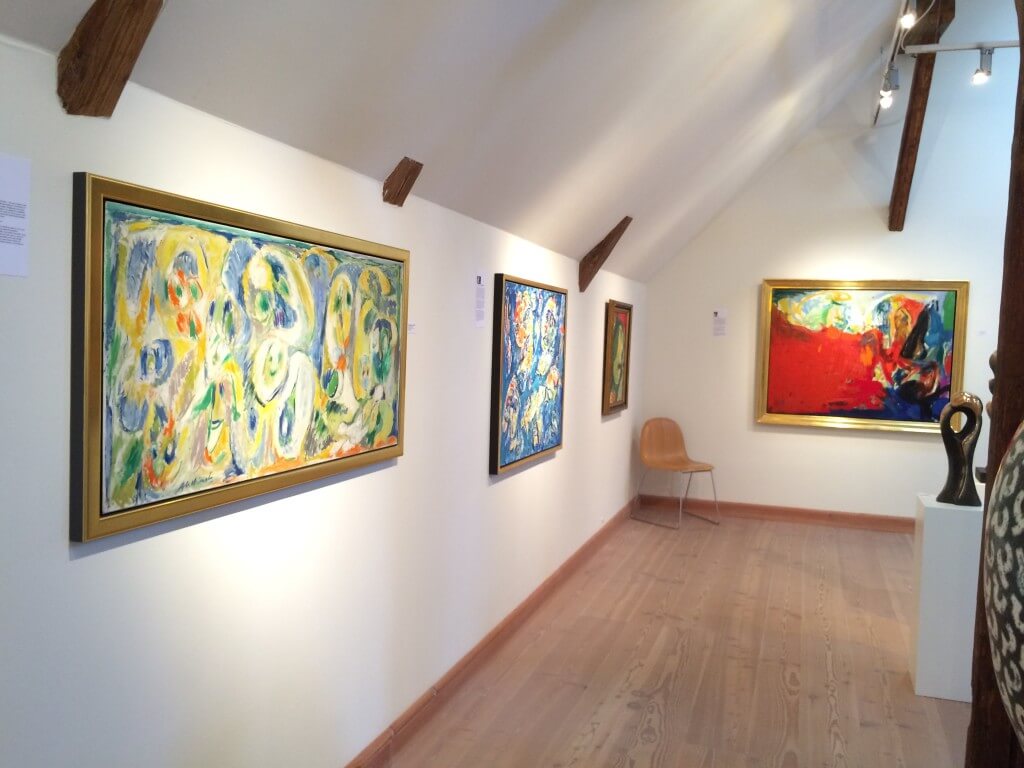 Galleri Flintholm celebrates Asger Jorn and also other artists from the Cobra-group and has a small collection of original works by artists of the group (1948-1951). The visitors will have the opportunity to experience selected works of art by Asger Jorn, Carl-Henning Pedersen, Corneille, Egill Jacobsen, Ejler Bille, Erik Ortvad, Henry Heerup, Mogens Balle, Pierre Alechinsky and Serge Vandercam.

Cobra was founded 1948 in Paris. Not many art movements have had such an important role in the development of art as COBRA, not only in Denmark, but also in Europe. The members of the art movement are still having a considerable influence that cannot be ignored. Asger Jorn has especially made his mark on COBRA both in Danish and international art. Jorn died 1973, at the age of 59, leaving behind not only thousands of paintings, but he also became a role model and a source of inspiration to many generations.

November 8, 1948. In the back of a café at Notre Dame Hotel in the heart of Paris, 6 non-Frenchmen founded COBRA: Jorn, Appel, Constant, Corneille, Noiret and Dotremont.

All we want for Christmas